Can an AEMLD Claim Rely on a Different Product to Show Safer, Practical, Alternative Design?

In making an AEMLD claim, a party cannot use a different product altogether to show a safer, practical, alternative design to the product in question.

Relying on a Different Product to Prove an AEMLD Claim

Latosha Hosford v. BRK Brands, Inc.: In making an AEMLD claim, a party cannot use a different product altogether to show a safer, practical, alternative design to the product in question.

On August 19, 2016, the Supreme Court of Alabama decided Latosha Hosford v. BRK Brands, Inc. [Ms. 1140899, 1140901], — So.3d — (Ala. 2016), arising out of a wrongful death action related to the death of Nevaeh Johnson, a minor, in a mobile home fire in May 2011. Latosha Hosford (Nevaeh’s mother), Chard Barley (Latosha’s husband), and Rhonda Hosford (Navaeh’s grandmother) brought suit against BRK Brands, Inc. (“BRK”), who manufactured two smoke alarms in the mobile home, in the Circuit Court of Conecuh County. Latosha appealed the trial court’s judgment as a matter of law against her as to their claims of failure to warn, negligence, and wantonness; Latosha also appealed the jury’s verdict against her products liability claim asserted under the Alabama Extended Manufacturer’s Liability Doctrine (“AEMLD”). Latosha and Rhonda, as co-administratrixes of Navaeh’s estate, appealed the judgment as a matter of law entered against their breach-of-warranty claim, seeking compensatory damages for Neveah’s pain-and-suffering and mental anguish, suffered before her death.

The Alabama Supreme Court found first that the various claims asserted by the plaintiffs (breach of warranty, failure to warn, negligence, wantonness, AEMLD) were variations of a single wrongful death claim, as previously held by the Court in Sledge v. IC Corp., 47 So.3d 243, 247 (Ala. 2010).

Nevaeh’s estate representatives sought reversal of the judgments as a matter of law entered in favor of BRK as to the claims for failure to warn, negligence, and wantonness; the verdict entered by the jury in favor of BRK on the AEMLD claims; and summary judgment entered in BRK’s favor on the breach of warranty claim. In considering the appeal, the Supreme Court of Alabama found that its determination of the AEMLD claim would obviate the need to consider the issues surrounding the other claims.

The plaintiffs’ theory behind the AEMLD claim was that the subject ionization smoke alarms are defective and unreasonably unsafe because they can fail to provide adequate warning time for an individual to escape from a fire that begins as a slow, smoldering fire. BRK also manufactures photoelectric smoke alarms that are generally more sensitive to smoke originating from smoldering fires, as well as dual-sensor smoke alarms that incorporate both of the above technologies.

BRK argues that the dual-sensor alarm should not be considered a safer, practical, alternative design to an ionization alarm, because the two are entirely different products. As such BRK should be entitled to a judgment as a matter of law on the AEMLD claim, since the Plaintiffs did not submit any evidence identifying a safer, practical, alternative design for an ionization smoke alarm. BRK relied on Hines v. Wyeth, to support its contention that a proposed alternative cannot be a different product. See Hines, No. CIV.A. 2:04-0690, May 23, 2011) (S.D.W.Va. 2011). The Alabama Supreme Court found the reasoning in Hines persuasive, and held that while generally the reasonableness of an alternative designs is a question for the jury, there are necessarily some circumstances that allow the court to appropriately hold as a matter of law that a proposed design is sufficiently different from the allegedly defective product that it is more properly viewed as a different product than an alternative design. Caterpillar, Inc. v. Shears, 911 S.W.2d 379, 385 (Tex. 1995). As a result of the court’s holding, the plaintiff’s AEMLD claim was due to be dismissed as a matter of law, and court affirmed the other judgments entered in favor of the defendants. 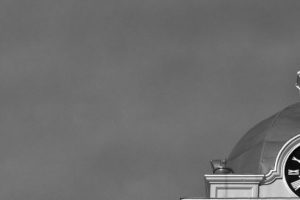 Ex parte Tier 1 Trucking, LLC, and James Martin Gray, Jr. - In determining the proper venue under the forum non conveniens statute, heavily weighed factors include the location of the incident and investigation, and the counties of residence of parties and witnesses.

Contract Reformation and Mutual Mistake of the Parties

How Subjective Intent Affects the Validity of an Arrest

Subjective intent for an arrest and subsequent prosecution is immaterial so long as there is probable cause, even when there is evidence of personal animosity and a competing financial interest.

Being a lawyer doesn’t mean doing business as usual.