Over the last two years, David Graves has been one of the most prolific trial lawyers in Alabama. I’ve been involved in two or three trials with David and observed him employ his natural charisma and down-home affect to relate and connect with a jury. I’ve seen him have to wrangle clients and combat difficult situations. So I thought this interview with David about managing clients, evaluating cases, and deciding which matters to take to trial, would be a natural follow-up to last week’s voir dire series.

JWR: What do you consider when determining the value of a case?

DG: I determine value of a case based on the damage to the vehicles, the injuries to the client, the venue, who the defendant is, whether it’s an individual or insurance company, and the coverages involved with the insurance companies. Quite frankly, it depends on who the insurance company is as to what the settlement value for the case is versus what I think it’s worth at trial.

JWR: How do set a client’s expectations as to the value of a case?

JWR: How do you manage a client who thinks they want their “day in court”?

DG: We occasionally get a client who just wants their day in court and that’s okay – they have a right to the court system just like Allstate Insurance. I found a lot of times that a client may think they want their day in court, but once the reality of what that means becomes apparent, they change their mind. I usually have about one client every two years that just that won’t listen that won’t heed my best legal advice on the case and they insist on going to trial.  That being said, there are a lot of clients that I take to trial because I think that we can have a better result than what the insurance company has offered.  Regardless, when a client wants to try their case that’s what we do.  Its an important part of being a trial lawyer and it’s a pleasure to represent those folks and see what the jury is going to do.

JWR: What helps you determine that a case might be right for trial, rather than settlement?

DG: What helps me determine whether a case is better tried then settled really kind of depends on the offer on the case and how the case is situated before the court. An okay or an average offer on a case that is against an underinsured/uninsured motorist carrier is always much easier to try because in a case like that when the jury knows that it’s against the insurance company, I’m the good guy. The defense lawyer defending the big evil insurance company is the bad guy and the jury’s giving him dirty looks in that kind of case. That’s a case that’s a lot easier to try and a lot easier to be in court on.  Anything with egregious conduct like a DUI, hit-and-run, texting-and-driving, anything like that will get a jury fired up and is preferable to be in trial rather than to just settle.  Obviously, if the settlement offer is high, then that’s something you have to consider, but those are the kind of cases that are better situated for Court.

JWR: How do you communicate to your clients the risk v. reward of taking a case to trial?

DG: When I talk to clients about the risk-reward of going to trial,  I try to explain to them the question mark that is the jury panel. That you just don’t know what kind of jury panel you’re going to get to pick from. In Birmingham, for example, I’ve had great juries and I’ve also had horrible juries, so you just don’t know what you’re going to get until you get down there and you do it. I’ve had clients often ask me what do I think the jury is going to do, and even though I’ve tried a bunch of cases, I’ve given up a long time ago trying to figure out what a jury will do. In my experience, I just don’t know what they’re thinking,  how they’re feeling, or what they’re going to do with a verdict. I try to explain all of that to a client as we discuss going to trial and trying the case. I tell them about some of the cases I thought I was going to win that I lost, and I tell them about some of the cases that I thought we were likely to lose and we pulled out a victory. I do that to illustrate the unknown factor that is court so that they have an appreciation and an understanding of what we’re getting ready to do and there’s not a surprise if it doesn’t turn out the way we hoped it should.

DG: My favorite part at trial is jury selection. I really like interacting with the jurors and engaging with them. I like getting them to talk with me about their feelings and their concerns, the type of case that we’re working on.  I feel like I am able to build rapport with him during jury selection and that I’m able to do a lot to further my client’s case and their interest during that part of trial.  I feel like a lot of times I get an advantage over the defense at the very beginning during jury selection and that’s probably my favorite part of the case. After that my second-favorite part has got to be closing argument. That’s always fun and everybody likes that, but I think that takes a backseat to the importance of jury selection. The intellectual aspect of jury selection in terms of who are you going to keep and who are you going to strike and are you asking questions to get strikes for cause and can you get those folks off of the jury or get them to strike themselves. I just really enjoy the mental chess behind jury selection.

If you enjoyed this article, you can find more content like it in my new book Building a Better Law Practice.

Buy the book at ShopABA.org, but be sure to subscribe to the blog for your 20% discount.

I’ve interviewed other lawyers on various other topics that you may find interesting: Keith Lee of Associate’s Mind on having a law blog; Portia Porter (author of Can You Stiff Your Divorce Lawyer?) on getting paid by clients; and Steve Heninger on using storytelling to communicate. 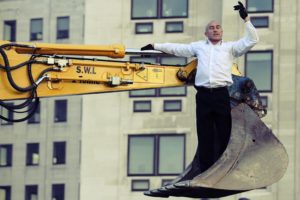 Every industry needs feedback from its end-users. The legal industry[...] 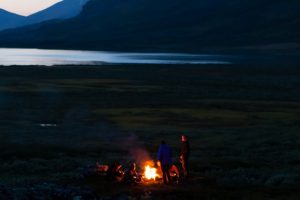 Why Storytelling Is Essential for Trial Lawyers

Throughout most of human existence, storytellers were the gatekeepers of[...] 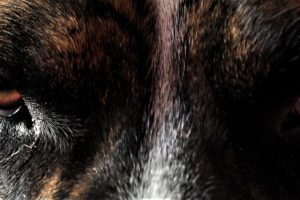 I should have known better than to make an unannounced[...]

Being a lawyer doesn’t mean doing business as usual.