When a Potential Juror Says, “Judge, I Have to Pee.”

When a Potential Juror Says, “Judge, I Have to Pee.”

On Monday mornings at the outset of trial, there are many things that the lawyers and judge need to accomplish outside the hearing of the jury panel. Usually, much of this happens before the panel is seated in the courtroom. But often times, each potential juror is stuck with significant downtime while the lawyers and court handle procedural issues.

During one of such session, in which the lawyers for both sides were conferring with the judge in a rural county in central Alabama, a potential juror popped up and began walking toward the back doors of the courtroom. The judge piped up, “Son, what are you doing?”

The fellow paused and partially turning, replied, “Judge, I have to pee.” And continued his exit.

When he had walked out of the courtroom, the surprised judge smirked and announced, “Let the record reflect the gentleman has to pee.” Eliciting nervous laughter from the other panel members.

Shortly afterward, we recommenced jury selection and at noon, broke for lunch. Most of the jurors exited the room, but our audacious prospective juror approached the front and laid his “Juror” badge in front of the court reporter. The judge inquired, “Why did you lay that down?”

“Did you tell the other judge that when he was excusing jurors?”

“Did he excuse you?”

At this point, I was thoroughly impressed with the judge’s disposition. There are many things a court will abide, but disrespect is not among them. The four lawyers in the room were just watching the scene unfold, astonished and disbelieving.

“Well, then you’re not excused, and we’ll see you after lunch.” The belligerent juror turned to walk out without retrieving his badge. For his benefit, the court addressed him one more time: “Son, I want to be real clear with you – if we come back from lunch and you’re not back here sitting in the third row, I’m going to send the sheriff to your house to pick you up.” The potential juror continued his retreat.

When we returned from lunch, the juror badge was no longer on the court reporter’s table, and our potential juror was seated meekly in row number three. Unbeknownst to him, both sides had agreed during lunch to strike him. He wasn’t going to be good for anyone’s cause.

While I do not endorse they use of “they” to refer to a singular person (even though I recognize that it is gaining increasing acceptance), I found it to be the best way to conceal the gender of the individual being referred to.

If you enjoyed this article, you can find more content like it in my new book Building a Better Law Practice.

Buy the book at ShopABA.org, but be sure to subscribe to the blog for your 20% discount.

Want to read more about jury selection? Here’s a mini-series I authored in which I interviewed a handful of lawyers around the country about the voir dire process: How to Voir Dire a Jury. 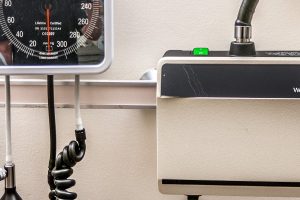 The FMCSA requires commercial drivers to be physically qualified to operate a commercial vehicle, a regulation with which motor carriers and drivers commonly struggle to comply. 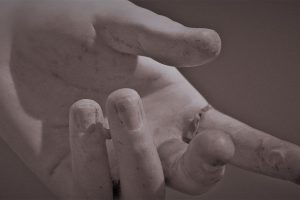 Some Thoughts on Why Settling Cases Is So Difficult

In some ways, the possibility (or even likelihood) that two[...]

The Business of Personal Relationships

This is the Lawyerpreneur episode that I should have recorded[...]

The podcast you didn’t know you needed