Robin Houston sued Publix arising from an alleged slip-and-fall at a Publix Super Market in McDonough, Georgia. The alleged incident occurred on July 24, 2012, after which Houston treated with a medical doctor who sold the medical debt for Houston’s treatment to a litigation investment company, ML Healthcare. ML Healthcare purchases medical debt at a discount rate from medical providers, using a contract that allows ML Healthcare to recover out of an tort settlement or judgment the full cost of the medical care provided. At trial, Publix sought to introduce evidence of this collateral source relationship to show Houston’s doctor’s were biased in their testimony and that Houston’s claimed medical expenses were unreasonable.

Stated in its simplest terms, Georgia’s collateral source rule allows that “the receipt of benefits or mitigation of loss from sources other than the defendant will not operate to diminish plaintiff’s recovery of damages.”((Polito v. Holland, 258 Ga. 54, 55 (1988) (A plaintiff as “the right to recover damages undiminished by collateral benefits).)) Evidence of collateral sources payments is inadmissible if it would be used only to show a reduction in damages.((Id. at 56.)) However, evidence of collateral source payments is admissible if it serves a valid evidentiary purpose other than revealing the benefits to the jury.

In the ML Healthcare Services case, Publix sought to introduce evidence of collateral source payments to attack the credibility of the causation opinions offered by Houston’s doctors. The district court found that ML Healthcare’s business model, which included fronting medical expenses for plaintiffs to treating physicians was highly relevant and probative as to the bias of the treating doctors, as was the reasonableness of the medical expenses. As such, the district court found the collateral source evidence had the valid evidentiary purpose of impeaching the witnesses and was admissible.

According to this 11th Circuit opinion, in Alabama, any showing that the Plaintiff has received collateral source payments (whether insurance payments, workmen’s compensation benefits, or from a litigation investment firm) may constitute reversible error.((Southern v. Plumb Tools, 696 F.2d 1321 (11th Cir. 1983).)) Note: My practical experience has differed, so I may need to do some additional looking into this issue. But suffice it to say that if you’re in an 11th Circuit state other than Georgia, your state law will be applied and may achieve a different result than this opinion allows.

Admissible Use of Evidence of Collateral Source Payments

The 11th Circuit upheld the district court’s ruling that evidence of collateral source payments was admissible for the purpose of showing potential bias of Houston’s treating physicians’ testimony. For ML Healthcare to be profitable it must subsidize plaintiffs who win their lawsuits. The arrangement creates a risk of bias on the part of medical providers who receive referrals from ML Healthcare and later testify on behalf of the patients/plaintiffs they have treated. If the doctor failed to provide causation testimony favorable to the plaintiff’s claim, ML Healthcare would find doctors who were willing to provide such testimony.

Because the collateral source evidence served a legitimate evidentiary purpose (other than to reduce damages, for which purpose the evidence would have been inadmissible), the district court did not abuse its discretion in admitting this evidence.

City of Birmingham v. Alex Thomas - The Alabama Court of Civil Appeals has held that a pension board is a separate entity from the municipality under certain conditions. 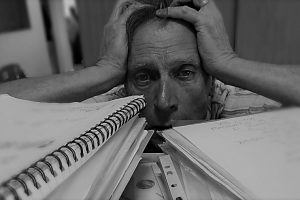 If you are a lawyer who’s been grinding away for[...]

The podcast you didn’t know you needed